When Evelyn Dasher crossed paths with Luc, she was thrown headfirst into the world of the Lux—only to discover that she was already far more involved in their world than she ever suspected.

Because the Luxen aren’t the only ones with a hidden past. There’s a gap in Evie’s memory, lost months of her life and a lingering sense that something happened, something she can’t remember and nobody is willing to tell her. She needs to find out the truth about who she is—and who she was. But every answer she finds only brings up more questions.

Her search for the truth brings her ever closer to Luc, the Origin at the center of it all. He’s powerful, arrogant, inhumanly beautiful, extremely dangerous…and possibly in love with her. But even as Evie falls for him, she can’t help but wonder if his attraction is to her, or to the memory of a girl who no longer exists.

And all the while, a new threat looms: reports of a flu-like, fatal virus that the government insists is being spread by Luxen. A horrifying illness that changes whoever it touches, spreading panic across a country already at its breaking point.

#1 New York Times, USA Today, and internationally bestselling author Jennifer L. Armentrout returns to the world of the Lux with this steamy, shocking second installment of the Origin series that will leave readers reeling.

MAJOR SPOILERS THROUGHOUT:
I loved this book! It was everything I hoped it would be and so much more! It picked up right where the last book left off and the events that followed were just twist after twist after twist. This might just be one of Jennifer’s best books yet! It had me on the edge of my seat the entire time and I know I’m going to get a major book hangover now that it is over! I NEED THE NEXT BOOK!!!

“You don’t need to worry about me, Peaches. I’m always going to come back to you. That’s a promise.”

Evie- Evie surprised me in this book. I thought I had her character figured out, but NOPE. I should have known that Jennifer was going to throw a giant twist into the mix and change everything that I thought I knew. I always wanted to know what would happen if the Luxen and the Arum were cross bred and… now I know and it is nothing like I expected it to be! I feel like we only scratched the surface with what Evie is capable of in this book and I am so excited to dive in more in future installments.

Luc- Could I love Luc more? No…. I really don’t think so! He is sweet and protective and caring and fierce and strong and brave and just…. everything. He is so precious and I am probably attached to him in an unhealthy way but that is not the point and I fell even deeper in love with him during this book. The way he cares about Evie and the lengths he will go to to keep her safe is awe-inspiring. I think if I had to pick one emoji I could use to describe this book, it would have to be the heart eyes an 90% of that would be directed at Luc! I need more of him! I would really love a chapter in his POV Jennifer if you’re listening…

“I am not walking away again. If I kiss you, if I touch you again, I will not be able to go back to the way things are now.” The next breath he took trembled as much as I was. “I won’t be able to pretend that you aren’t my everything”.

Katy/Daemon/The Old Crew- It was so great to see everyone again! I cried more than once at seeing them all so happy and grown up! And we got to see Katy pregnant?! My babies are having babies and I can’t even wrap my head around that! And Dee is a spokes person for the Luxen now?! I feel like everything has just come full circle and I couldn’t be more proud of her! Plus, we got to see Dawson and Bethany’s daughter Ash! Our first natural Origin baby and she was just so precious! I am DYING to know more about her and any special abilities she may have! (And I would so totally be down for another spin-off about her!!)

“There is only you and me. Boyfriend. Girlfriend. Mates. Lovers,” he said, and muscles low in my stomach curled tight. “I don’t care what you call me as long as you call me yours.”

The Cliffhanger- I wasn’t exactly surprised that Jason Dasher is still alive. Like I always say: If you don’t see a body, see it burned to ashes, and scattered to the farthest corners of the Earth, they aren’t dead! I pretty much guessed it as soon as Evie started hearing a male voice in her head. I have been reading Jennifer’s books for a while now and I’d like to think I’m starting to get an idea of where her mind goes. (I say that, but look how shocked I was with Storm and Fury) I was also starting to catch on with the whole Evie being a trap for Luc thing too. Given, I was thinking she was made to kill him instead of being his ultimate weakness, but I was on the right track. Plus, that is something I’m happy I was wrong about.

“You lost me,” I whispered. “I lost you.”
“Did we lose each other?” he asked, and then I felt his fingers on my cheeks, chasing a tear that had sneaked free. “You and I are here right now, aren’t we? Somehow, you found me, and I’m not someone who believes in happenstance. I don’t think it was a fluke … I think it was something that was bound to happen and I…”
I opened my eyes, finding his. “What?”
“I was just waiting.”

SIDE NOTE: After reading the quote, “You’re the Burning Shadow and he’s the Darkest Star, and together, you will bring about the brightest night.” , I have a really high suspicion that the final book is going to be called The Brightest Night. I could be really wrong, but if I’m right, I called it here!!!

“By the way, just going to remind you that you told me last night you missed me.”
I had. “I must’ve been high.”
“On my presence.”

Overall, I highly enjoyed this book (as if you couldn’t tell that already) and I will definitely be continuing the series!!! How could I not?? Jennifer is one of my favorite authors and she sucks me into her books like no one else! I can’t imagine not reading the next installment!

***P.S. I know all of the quotes I used are Luc quotes, but after reading this review, do you honestly think I could use any others?!***

I had the pleasure to meet Jennifer L. Armentrout for the second time when she went on tour for The Burning Shadow and I got the book signed. Here are some pictures from the event:

Happy Monday Lovelies! I had such a fun time at the @jennifer_l_armentrout event tonight! I am so thankful that I got to meet her for the second year in a row and I am so excited to keep the tradition going next year! • • • • • #booksofinstagram #bookstagram #book #books #bookish #booklover #booklovers #booklove #booklife #bookcover #bookphoto #bookworm #bookworms #bookseries #books📚 #bookshelf #bookshelves #theburningshadow #jenniferlarmentrout #luxseries #thedarkeststar 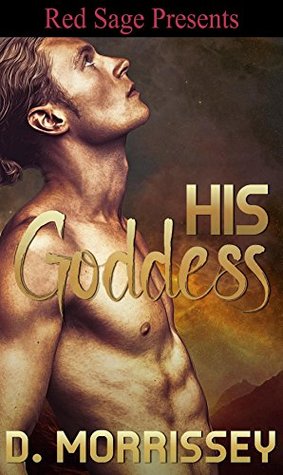 Shot down on a strange hostile planet, Captain Cora Carter isn’t sure which is worse: the vicious space pirates or the hot, possessive alien who insists that she’s his mate.

When Cora Carter signed up to command the U.S.S. Christina and its five female crew, she never expected to be chased by pirates through a worm-hole in space or forced to crash land on a hostile planet where just about everything wants to kill or eat her. Setting out to find water for the crew proves to be her most dangerous mission yet. But, water becomes the least of her worries when she finds, instead, a big, hunky brute in a loincloth who insists that she’s his mate.

Horok, crowned prince of Tarilax, is taking a break from the heavy demands of his throne when he sees a ship go down in the forest. His fear that the piratical Goridians have arrived to threaten his village again drives him to investigate. What he finds is something much better. The gods have delivered to him a divine goddess of his very own, and right when he’s in such dire need of a mate, too!

There’s no question that he must have her. So, he does what any self-respecting Tarilean warrior in his shoes would do. He steals her. Now, if he can just convince her to stay.

Reader Alert!
If smoking hot, possessive aliens aren’t really your thing, then you may not enjoy reading His Goddess, Book One of the Tarilean Adventure Series. For the rest of us who love a sexy, sizzling story with a dash of humor and a happy ending, His Goddess is both stimulating and satisfying.

*I received a free copy of this book via Hidden Gems Books in exchange for an honest review.*

I loved this book! The pacing was spot on and I was never bored while reading it. I laughed a lot and there was more than a few moments that I absolutely adored. I enjoyed the love story (even though it moved fast) and I really want to continue on with these characters.

The only minor complaint that I have is that I felt like all of the female characters (besides Cora) weren’t different in personality. The only one that stood out even a little was Lisa. All of the others felt like the exact same and I kept getting them mixed up. There might be a reason for this which is why I didn’t lower my rating dramatically over the issue. It’s very possible that the author is going to develop their characters a lot more in their own individual installments. I guess I’ll wait and see.