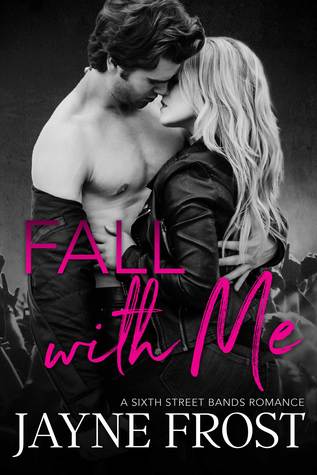 Love isn’t an emotion—it’s a chemical reaction.
Like gasoline meeting a flame. Eventually, the fire burns out.
Luckily I’m in the right business. Women don’t expect more than I can give.
When I meet Melody, I’m on board for a little fun.
I admit, she’s under my skin. But since we share the same philosophy there’s no chance this will turn into anything more.
Is there?

In a couple of weeks, winter would descend and sweep away the fall, along with the girl that smelled like autumn. Logic told me it was true. But the invisible fingers wrapped around my heart gave me pause. In reality I knew they didn’t exist, any more than the notion that love was a permanent state of mind. But if that were the case, why couldn’t I breathe?

MAJOR SPOILERS THROUGHOUT:
I really liked this installment in the Sixth Street Bands series. While I didn’t enjoy it as much as the first book, it was still a solid sequel.

Christian- I didn’t get to see much of Christian in the first book. He was in the hospital for the majority of that installment and his personality didn’t come through a lot. This book was completely told through his POV (except for the epilogue), and I fell in love with him as a person. He went from this guy that didn’t believe in love or anything that he couldn’t touch, to taking a leap and throwing his heart on the line. That’s great character development people!

Melody- I’m not gonna lie, Mel rubbed me the wrong way for the first few chapters. I didn’t like how she carried herself and it took a while for me to warm up to her. After I found out more about her past and learned about her having diabetes, my view completely changed. Her character made a lot more sense and my heart reached out to her. I can’t imagine the life she has had to live and I’m happy that her and Christian found each other.

Overall, I really enjoyed this book. It started out a little rough, but definitely got better. I will be continuing the series and I can’t wait to read the next book!

DNF ~ Lost For You (Sixth Street Bands #4) by Jayne Frost