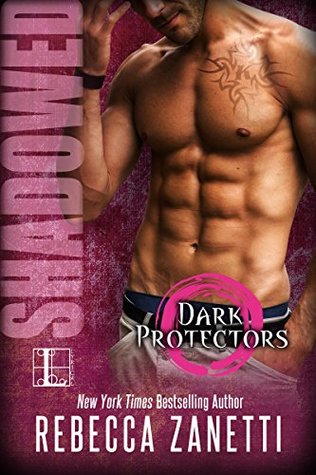 Jase Kayrs was the fun brother. The warm, charming, easy-going brother of the vampire leaders. Until he was taken and tortured by demons with their evil mind tricks for nearly five years. Upon his return, he’s dark, violent, and not the man they all thought they knew. Not the man he once was. He’s haunted that the only reason the demons would have let him live was to use him as a weapon against his family—but he can’t figure out when or how he’ll explode. Plus, once again the demons are after Jase with a vengeance…or rather, a female demon he rejected is out to destroy him.

Then the king asks Jase for a favor… a big one. To mate with one of their allies in order to save her. She’s everything that’s good and light in the world… while he’s at home with darkness. Yet he agrees… knowing mating may be the only chance to save them both.

He could do this. It was time to reclaim his life, to be who he wanted to be and not who the demons had tried to turn him into. He was Jase-fucking-Kayrs, and he controlled the elements.

I liked this book. I enjoyed the relationship between Brenna and Jase. Watching them both come together and save one another was absolutely beautiful. And the progressions of their characters separately and together was just well done.

I’ve come to realize something that I really don’t like about this series. This book takes place twenty years after the first book and it doesn’t feel like the plot is going anywhere. The villain is the same, the virus is still just as deadly and no where close to being cured, and the conflicts are starting to feel really competitive. If it weren’t for the fact that everything seems to be coming to a head in the next book, I probably would have DNF’d this series. I hate to say that, but it’s true.

It also feels like the same thing happens in each book. Someone gets kidnapped, everyone rushes to save them, some trap is laid that typically fails, eventually they get the person back, and then another person is taken. It’s the same thing over and over and over again. I have stopped being as emotionally invested as I once was because of it.

In fact, I might be taking a break from this series for a while because I’ve just gotten bored at this point.