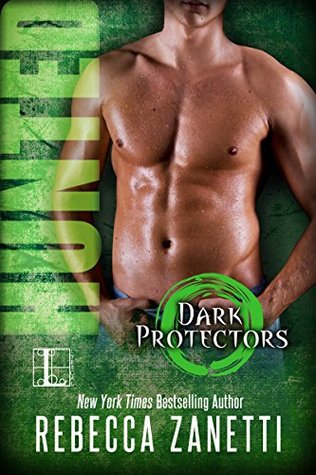 Ready Or Not
Moira Dunne is a witch–the quantum physics kind. Time and space are her playthings. Which might explain why her one-night stand from a hundred years ago has turned up to “claim” her–and request her family’s assistance with the war he’s brewing. But the more she learns about Connlan Kayrs, the more she comes to think this is normal behavior for him. . .
There’s Nowhere To Hide
When Conn and Moira tumbled on the moonlit grass, Conn hadn’t meant to mark her as his mate for all time. She was only twenty! But it wasn’t easy to wait for her. It was even harder to forget her. So when he finally returns for his wicked-hot witch, he’s ready to let the sparks flying. Even if he burns up in flames. . .

“Make no mistake, you and I remain solid even if the rest of the world blows up.”

MAJOR SPOILERS THROUGHOUT:
This wasn’t the best installment, I must say. While I really enjoyed it, there were some elements that the previous books had that were missing in this one. For instance, Janie had only two scenes throughout the whole book. This really sucked for me because she is my favorite character. I wanted more of her and Zane.

Moira & Conn- Ultimately, their story didn’t let me down. They were both stubborn as hell, didn’t want to bend or change, and their plot line went exactly as I thought it would. I enjoyed watching them grow and learn to trust each other. They still have a long way to go though.

Katie- I cried for Katie in this book. Her whole situation just makes me sad and her injecting her self with the catalyst because she doesn’t care if she lives anymore choked me up. I can’t imagine being in her situation.

Kalin- Kalin surprised me the most in this book. His interest in Peggy threw me for a loop and going through his chapters made me incredibly sad. Kalin had a choice to make and he chose wrong. Now, he has sealed his fate as the villain in this story.

The Epilogue/Last Scene- The last scene in this book gave me chills. The whole set up with Kalin telling Janie the story about the scorpion had me on the edge of my seat. And Janie’s perception of the whole thing (like Kalin being the stork) showed me just how brilliant she is. Though, what topped it all off was Zane at the end. Him telling Janie that he is the flood gave me goosebumps. Why does Zane think that? I NEED MORE INFO!!!

Simone- Simone surprised me. From what I had seen in the previous books, I really thought that she was snotty and jealous and a secondary/background villain. I was so happy that she turned out to be good and just misunderstood. I would love to see more of her character in the later books.

Brenna- I loved Brenna! She was in the background for the majority of this book but she always grabbed my attention when she was in a scene. I really hope she is a major character in the future books and I would love to see her get a love story!

Garrett- WE HAVE A NEW KAYRS BABY! I AM SO EXCITED AND I LOVE HIM ALREADY!

What I Didn’t Like- The pacing felt really off to me. It was weird and the whole story moved really different. I had a hard time staying entertained with the story.

Overall, this was a good book. It wasn’t the best in the series, but that certainly isn’t going to stop me from continuing on. I can’t wait to read the next book!