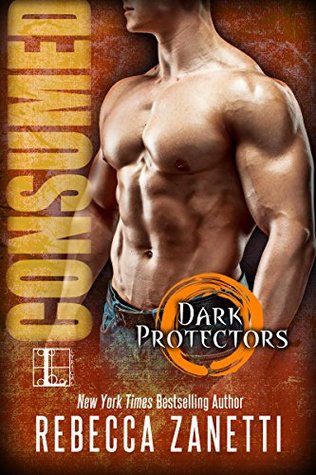 SOMETIMES YOU MATE FOR LIFE

Katie Smith is the best of her class, part of an elite hunting force trained to eliminate werewolves from the hills of Western Virginia. She’s good at it because she has the kind of focus and drive that won’t back down no matter how steep the odds. Call it southern sass. Whatever it is, there’s no denying her willingness to risk everything for the only man she’s ever cared about—a man on the verge of losing his very humanity. . .

SOMETIMES YOU MATE TO STAY ALIVE

For the past ten years Jordan Pride has dedicated his life to protecting his people from a deadly shifter virus. But in a rare moment of distraction, Jordan’s guard drops just long enough for his fate to take an irreversible twist. Unless the woman he loves surrenders everything to him, again and again, under a full moon rising. . .

“Fate smashes hope and belief into splinters of nothingness.”

MAJOR SPOILERS THROUGHOUT:
This book threw me for a loop. I was laughing hysterically, balling my eyes out, and was frustrated out of my mind all in this one book! Needless to say, I went on a roller coaster of emotions and I really liked this book.

This book takes place ten years after the third installment. I repeat… TEN YEARS!! My baby Janie was turning sixteen and Garrett who had just been born was already ten! I felt so old and it took some getting used to. I had a hard time wrapping my head around the fact that all of these characters had aged ten years in what was only a day for me. I ultimately ended up appreciating it though. The characters being older and having gotten to know each other over the past ten years added a whole new dynamic to the story that worked a lot better than I expected.

Katie & Jordan- I’m gonna be honest… I felt like the progression of their relationship wasn’t entirely realistic. They went from secretly pining for each other for 10+ years to mauling each other the first chance they get. It seemed out of character to me, especially considering how they had always treated each other in past books.

Janie & Zane- I swear you could hear my heart break halfway across the world when I read that Zane stopped communicating with Janie five years prior to this book. They are my OTP and I sobbed when I heard that these two precious friends weren’t talking anymore. Later in the book when Janie finally contacted Zane, I was so relieved only to have my heart broken all over again when he rejected her. I swear, if these two don’t get together, I will never read another book by this author! … I am really curious what effect Zane’s blood is going to have on Janie though.

Garrett- I love Garrett SOOOO much!! He is just so precious and he makes my heart hurt with his protectiveness of his sister. That scene when he about killed Charlie had me dying laughing!

Maggie & Terrent- Maggie has guts. I’ll give her that. I couldn’t abduct the big bad Terrent and chain him. My jaw hit the floor when she did it and I have so much admiration for her now. Though, I really don’t think she is ready to face the repercussions of her actions.

Kane- I saw more of Kane’s personality in this book and I must say, I am intrigued. I want some girl to come along and crack his emotionless exterior. I am also really interested in learning more about Kane’s powers!

Noah- Noah barely appeared in this book, but my heart reached out to him. I want to know more about him and this girl he lost.

Overall, I really enjoyed this book. The additional two year time jump at the end of this book hit me hard and I am so concerned about Jase! I need the next book, like yesterday!