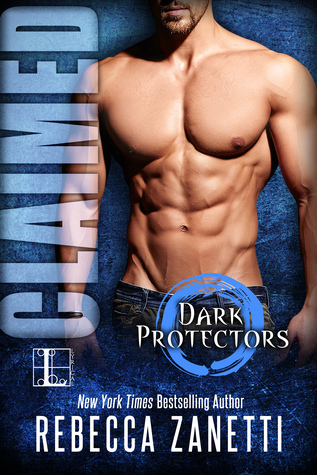 A Daring Rescue Emma Paulsen is a geneticist driven by science. But she’s also a psychic, so when a dark, good-hearted vampire frees her from the clutches of the evil Kurjans, she realizes he must be the man who’s been haunting her dreams. But with a virus threatening vampires’ mates, Emma may discover a whole new meaning of “lovesick”.

A Deadly Decision As King of the Realm, Dage Kayrs has learned to practice diplomacy. Still, it’s taken three hundred years to find his mate, so he’ll stop at nothing to protect her—even if it means turning his back on his own kind…

Kane rubbed a hand over his chin. “Yeah. You ever get the feeling all hell is about to break loose?”

Emma forced a grin. “In the last week I’ve been kidnapped by a monstrous vampire race, my sister has been knocked up by a vampire prince and I’ve been branded by a king, who also bites. I’ve discovered shifters and demons exist, and the niece I’ve protected since birth is somehow prophesized to do something important by these supernatural beings. I’m also seeking help from a century old witch who looks twenty.” She exhaled loudly. “Hell already has broken loose and shattered reality.”

MAJOR SPOILERS THROUGHOUT:
I loved this book. It was a great second installment in the Dark Protectors series. It opened up this already giant world even more and my mind is still blown. There is so much more to be discovered and I love that this author can go basically anywhere she wants.

Emma- Emma didn’t make me as mad as her sister did, but I still struggled with her character a little bit. She was just so stuck in her ways and never wanted to bend at all. Emma also never really stopped and thought about what she was doing to Dage and it came off as selfish to me rather than protective.

Dage- I love Dage! He cares about everyone around him and has such a big weight on his shoulders. He never does anything for himself because he is constantly worrying about other people. I highly enjoyed watching him be selfish when it came to Emma and how he wasn’t going to let anyone or anything take her away from him.

Talen & Cara- It was nice to get to see them in this book and see how far they have come. I am really concerned about their baby though. I feel like I am going to be constantly on edge until he is born.

Janie & Zane- Janie is consistently my favorite character in this series. She is only five years old (now) and yet she plays such a big role. Janie constantly amazes me with her abilities and her blossoming personality. I know I have a LONG way to go, but I need her and Zane to meet in person SO badly. I want a thousand books purely about them and their journey together. And yes… I ship the hell out of them! I will cry and yell forever if they do not end up together! P.S. I am really curious now what Zane is because of that conversation between him and Kalin. Is he a demon? Fey? Vampire? Something else entirely?

Moira & Conn- Moira more than exceeded my expectations in this book. That scene bewteen her and Emma when they are talking about where their mate marks are had me dying laughing. I NEED her and Conn’s story!!!!

Kane- I don’t really have an opinion on Kane yet. He’s playing the scientist role right now. I do admire his dedication though.

Jase- The youngest yet the most powerful brother?? With a tortured past because of his time during war?? Yes, please.

Katie & Jordan- Katie needs to let Jordan in and Jordan needs to get out of denial and just claim his woman already! The tension between these two is about to make me blow a gasket.

Maggie- Maggie continues to be background noise, but I can’t shake this feeling that she is going to be really important. The fact that she has no memories and could be shifter royalty for all I know is really bugging me.

Caleb- Caleb was a surprising yet VERY interesting addition to this book. I always have had a thing for the dark and morally grey males. Bring him on! I am dying for his and Lily’s story. Plus, his addition to the prophets was a big plot twist that I was not expecting.

The Demons- The addition of the demons in this book was a welcome surprise. I really want to know more about them and this 1:500 female rule. I am really hoping that peace will come between the demons and the vampires because I don’t want to see them go to war.

One thing that I really like about this series is that it turns what you think you know about supernatural creatures/magic systems and completely turns that on its head. The rules about popular creatures (werewolves, vampires, witches, ect.) are bent or changed entirely. It provides a fresh and unique take on this world and the stories in it.

Overall, I really enjoyed this book. Of course I will be reading the next one! I can’t wait to start Hunted.