Hello Lovelies! I saw Surbhi @Bemused Bibliophile & Susan @ Novel lives do this tag in honor of the Game of Thrones season 8 premiere, and I knew I just had to do it. I am a BIG Game of Thrones fan and I just couldn’t resist! Let’s go ahead and just jump right in:

Abraxos is just a precious little baby that I want to hug forever and ever. The scenes where he is sniffing wildflowers because he has never been able to see flowers before is one of my favorite scenes in the whole series. His and Manon’s relationship is just such a gem to me!

Eric… As soon as he showed up, I knew there was more to him and, once it was confirmed that there was, I couldn’t have loved him more! 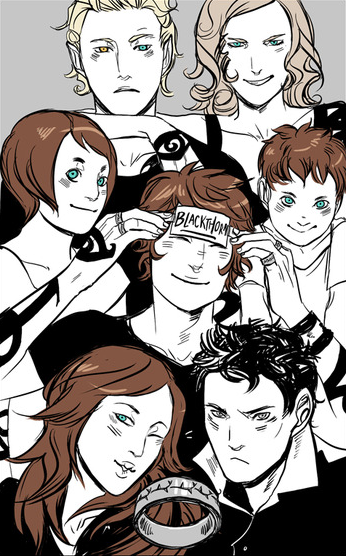 Can a family be any more perfect than the Blackthorns? They are always there for each other and so supportive of one another. Their dedication to each other moves me to tears whenever I think about it and I couldn’t love them more!

The dynamic between Sang and Marie is truly messed up. If someone would have told me about it instead of me having read it for myself, I probably wouldn’t have believed them. And it is so sad because Sang is sweet, gentle, and one of the kindest people imaginable. The way her sister treats her is abhorrent to me and I hope that one day Sang stops forgiving her and finally stands up for herself. 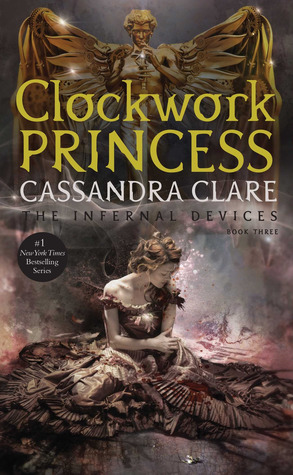 Will Herondale. That Epilogue shocked me to my core and tore my heart out more than I could have thought possible. I am still really angry at Cassie for putting me through that! 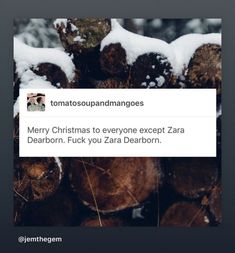 *SPOILERS FOR Queen of Air and Darkness! YOU’VE BEEN WARNED!*

I am SOOOOO angry that Zara did not get what was coming for her in Queen of Air and Darkness! She is a despicable person that makes me ashamed to be associated in the same race as her. 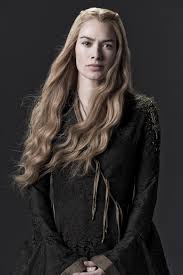 ∴ Cersei Lannister (A Song of Ice and Fire) ∴

Don’t get me wrong, Cersei is a bad person. She’s done horrible things to keep herself and the people she cares about safe. BUT I have a hard time completely villainizing her, when we praise other characters (such as Arya Stark) for doing the exact same thing. Arya literally killed Walder Frey’s sons, baked them into a pie, and then fed them to their father. Fans praised her for it and cheered her on. If Cersei would have done that, the internet would have blown up with how evil and vile she was.

How come one character is a monster while another is a hero? The answer is perspective. We are inclined since the very beginning of A Game of Thrones to hate the Lannisters and love the Starks. But, in all honesty, is Cersei that much different from Arya? Cersei is doing what she has to to survive and giving out retribution to the ones that have wronged her. I’m not saying that this excuses her actions, but it does make me more understanding of who Cersei is and why she does the things she does. 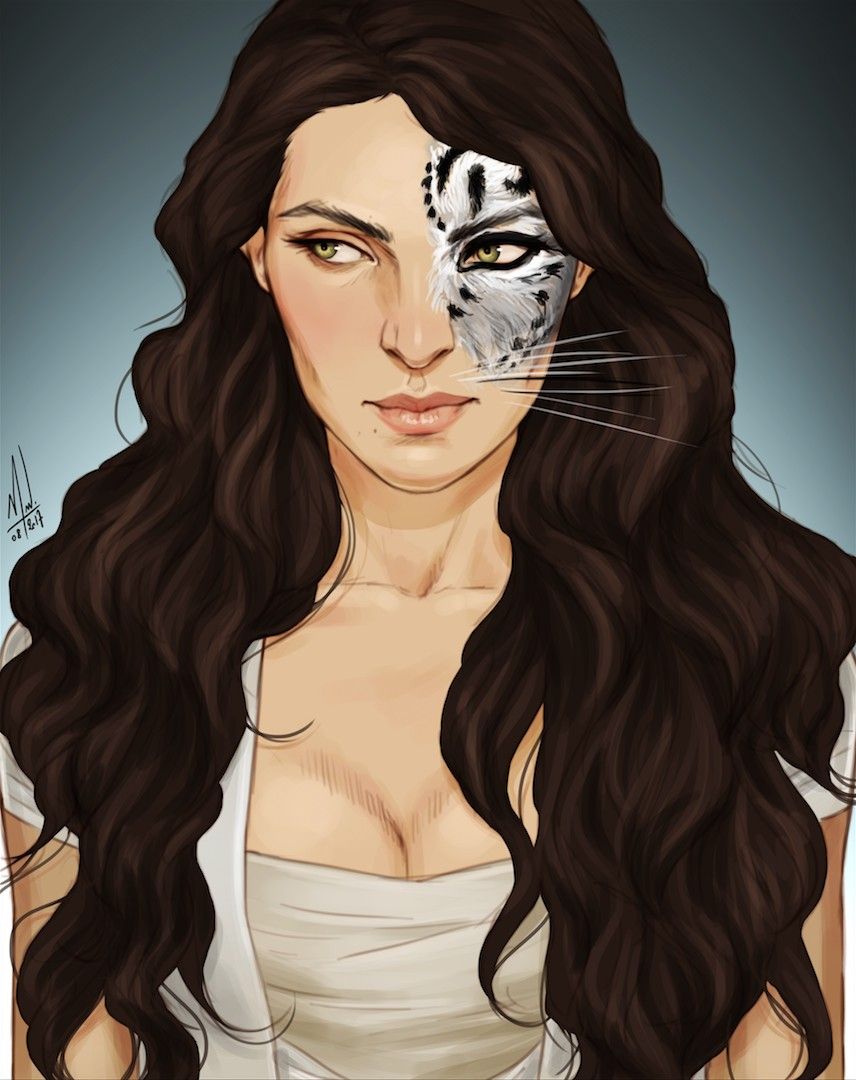 *SPOILERS FOR Empire of Storms! YOU’VE BEEN WARNED!*

Lysandra was literally willing to impersonate Aelin for the rest of her life and basically give up her own life choices for her friend. If that doesn’t scream undying loyalty, I don’t know what does! 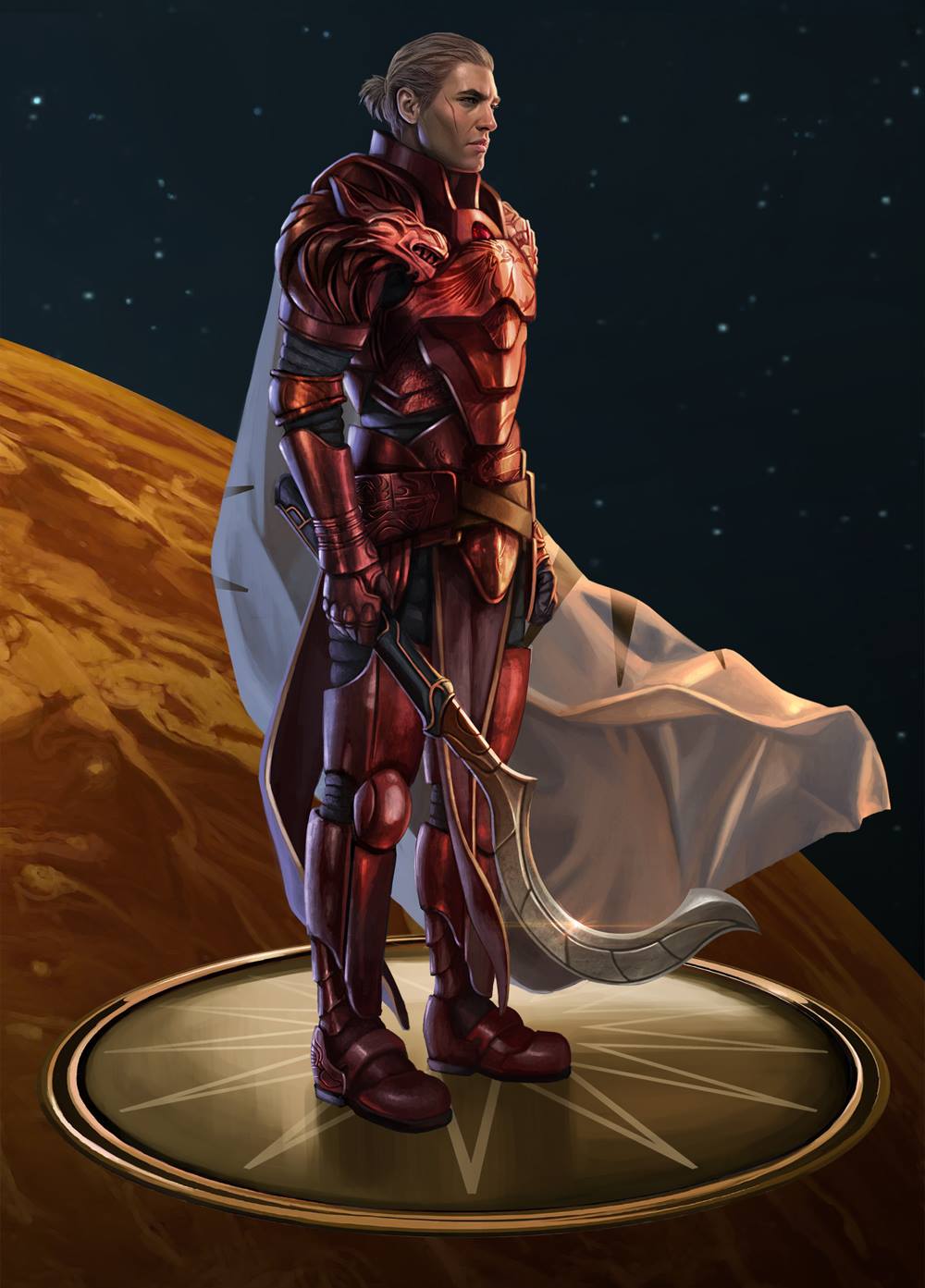 All Darrow wanted to do was live a quiet and normal life, but that was taken away from him SO quickly. He was thrust into this plan to overthrow an empire and so much responsibility was put on his shoulders. He became basically a leader of a rebellion over night. 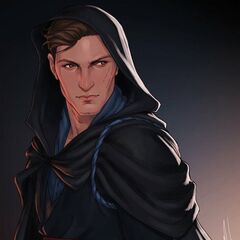 I’m gonna have to agree with Surbhi on this one. The representation that Chaol’s character brought to Tower of Dawn was phenomenal. It really opened my eyes and I felt like it was done extremely well. 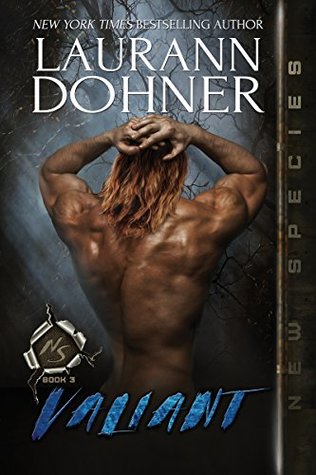 I feel like Valiant is the epitome of this question. He was literally experimented on with lion DNA and looks like a monster on the outside. But on the inside, he is just a sweet teddy bear that wants to live in peace after all that he has been through. His book melted my heart!

Please feel free to do this tag for yourself! Make sure you tag me so I can see your answers!

Thank you for joining me! Game of Thrones is arguably my favorite TV show of all time and I had SO much fun doing this! There are different versions of this tag with different questions so I might come back and redo this tag later! ~𝒜𝓊𝓉𝓊𝓂𝓃

1 thought on “The Game of Thrones Book Tag”