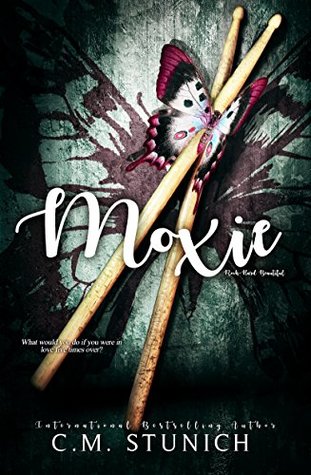 WARNING: This book ends with one girl finding her happily ever after with five handsome guys, opening the endless well of love in her heart to the rock band, Beauty in Lies. The pages herein contain graphic sex, lovemaking, quickies, romance, world travel, a little guy on guy action, admissions of love, rock ‘n’ roll music and genuine friendship. This book should only be read by those who’ve got a little moxie in their step.

“What would you do if you were in love five times over?”

Lilith Tempest Goode.
The one and only groupie for the rock band, Beauty in Lies. One woman on a world tour with her five rockstar soulmates.

She’s the moon and they, they are her stars. The whole world seems to shine a little brighter when they’re together, carrying them through Ireland, England, Japan, Australia…and back to the city of Seattle to start their real lives together.

Five guys. One girl with a lot of moxie and a boatload of spirit. That’s what it takes to make a fresh start.

If they can open the gilded cage of their grief, let it fly free on wings of hope, they’ll have a future together.

But real life is different than a rock ‘n’ roll tour.
They might’ve healed their souls, but can they mingle their hearts?
Seattle, Washington.
Six broken people on the mend.
One happily ever after.

The past isn’t something you run from; it’s something you walk slowly past, taking pictures, making memories. You learn from the bad times and treasure the good ones, but you leave that view firmly entrenched in the rearview mirror. All I want to see out the windshield is my future.”

I liked this final installment in the Rock-Hard Beautiful trilogy. While I did enjoy this installment, I feel this series has been dragged out too long. This was an okay book, I just feel like the story should have been over by now. It was… meh the whole way through it. The only reason I continued to read it was because I had already invested so much time in the series that it felt like a waste not to.