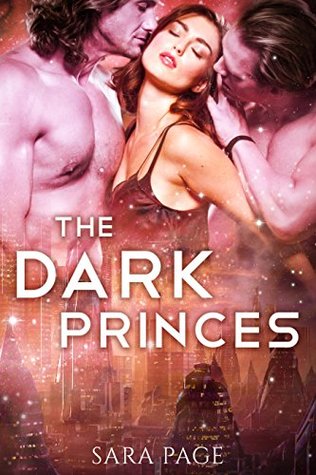 The sequel to Princess SOS

I survived the wilds of that remote planet I crashed into, and I’ve been trying to get to know my new alien lover before I return home and introduce him to my father. Yeah, so not looking forward to that introduction but at least I’m not knocked up… yet.

Everything is going great until we intercept a transmission from my home planet. Apparently my jerk of a stepbrother has been telling everyone I’m dead, and they believe it. There’s been a funeral for me and everything.

So now it’s a race home to prove to everyone I’m still alive and breathing before they pass on my crown and title to the next girl in the line of succession.

And if that’s not enough on my plate, another alien has decided to step forward and he’s claiming I’m his, like we’re fated or something. Ha! And I don’t even like the guy, seriously can not even stand him.

And you’d think my current alien lover would be mad… But no, he insists on bringing the other alien guy along because he’s convinced I need the extra protection.

One Ravager? I think I can handle it.

But two sexy red-eyed purple space demons? Two might prove to be too much for this princess…

The Dark Princes is the second installment in the Ravager Chronicles series.

“Hate can make even the most beautiful people look ugly.”

MAJOR SPOILERS THROUGHOUT:
I liked this book. I didn’t like it as much as the first installment though. The first book was more character focused (in my opinion) and while there was some character development in this book, I felt like it was a lot more plot focused. I am simply not a plot person. I can read a book with absolutely no plot and still enjoy it if I love the characters. That is just how I am so, naturally, this book didn’t appeal to me as much as the first one.

Ameia- I’m not gonna lie, Ameia pissed me off more often than not in this book. I just don’t get how she comes to the conclusions that she does or how she makes decisions. I would probably do the opposite of almost everything she does. I just feel like she doesn’t think things through and gets herself into more trouble than she was originally in. This can be severely frustrating to me as the reader.

Beast- I felt like Beast took a little bit of a backseat in this book. I didn’t get to see as much of him as I would have liked. I feel like this book was solely focused on developing Ameia and Striker’s relationship, so Beast just got pushed aside. This is a shame because he’s my favorite character in this series so far.

Striker- I don’t know how I feel about Striker. I think that I was supposed to fall for his character more than I did. I think he just came in too late and I was already too attached to Beast. Something just didn’t sit right with me about shipping Striker and Ameia. I think a lot of it has to do with how Striker was introduced in the first book. I think it also has to do with how Striker finally got Ameia to accept him. I didn’t like it and it didn’t feel completely consensual to me. He literally asked her when she had no other choice. And is it really a choice when you have no other options?

Vrillum- I knew from book one that he was a bad guy. I didn’t fully comprehend how evil he was until this book though. He was truly sick and twisted and I am SO GLAD that he is dead. I just wish it wouldn’t have been as quick and painless.

Overall, I did enjoy this book. At this point though, I don’t really see myself continuing. I’m not really invested in most of the characters and I don’t care about the Blackspire civil war plot AT ALL. There just isn’t enough substance for me to continue.