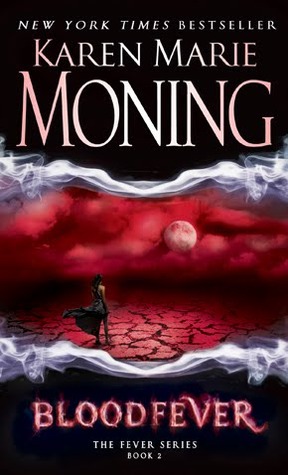 I used to think my sister and I were just two nice southern girls who’d get married in a few years and settle down to a quiet life. Then I discovered that Alina and I descend, not from good wholesome southern stock, but from an ancient Celtic bloodline of powerful sidhe-seers, people who can see the Fae. Not only can I see the terrifying otherworldly race, but I can sense the sacred Fae relics that hold the deadliest of their magic.

When my sister was found dead in a trash-filled alley in Dublin, I came over to get answers. Now all I want is revenge. And after everything I’ve learned about myself, I know I have the power to get it….

MacKayla Lane’s ordinary life underwent a complete makeover when she landed on Ireland’s shores and was plunged into a world of deadly sorcery and ancient secrets.

In her fight to stay alive, Mac must find the Sinsar Dubh–a million-year-old book of the blackest magic imaginable, which holds the key to power over both the worlds of the Fae and of Man. Pursued by Fae assassins, surrounded by mysterious figures she knows she cannot trust, Mac finds herself torn between two deadly and irresistible men: V’lane, the insatiable Fae who can turn sensual arousal into an obsession for any woman, and the ever-inscrutable Jericho Barrons, a man as alluring as he is mysterious.

For centuries the shadowy realm of the Fae has coexisted with that of humans. Now the walls between the two are coming down, and Mac is the only thing that stands between them.…

“One day you will kiss a man you can’t breathe without, and find that breath is of little consequence.”

Once again, I really liked this book. It was a solid second book for this series and I am definitely going to continue on with the other books. The plot was exciting and kept me enthralled with the story. The only negative is that the author spends a lot of time on the action/adventure plot and not a lot in the romance plot. By the end of the book, I was frustrated with Mac and Jericho’s relationship and, while it is progressing, it is taking a while to build up to where I want it. The build up of their relationship does make me want to read the next book though so I can deal with it. I still think that Mac makes incredibly stupid decisions that result in dire consequences but I can deal with it because she is getting better as the story continues. The book overall is worth reading and I would recommend it.