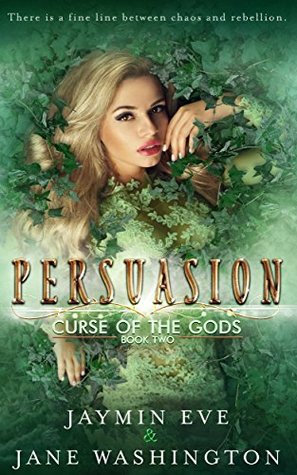 In Blesswood, there are rules, and someone is trying to teach her how to follow them. The only problem is Willa. Which shouldn’t be anything new, since she has been a problem since birth—something her pseudo-sister Emmy would agree on.

So it definitely shouldn’t be new … but it is.

Because things are starting to happen that have never happened before.

Things are starting to get …chaotic.

“Hugging is flirting?” I asked, my voice muffled against his back. “I didn’t start this. This isn’t my fault. It feels nice to touch you guys because you kidnapped my soul. I’m actually hugging my soul right now. This is a private moment. Butt out.”

This book was… disappointing. I struggled through the majority of it and I debated dropping it multiple times. Alas, I held on, hoping it would get better. It did not. I was really sad about this because the girls over at Reverse Harem Revolution seem to really love this series and I have heard many of them say that it is the best RH out there.
While that might be the case for them, so far, it has not been for me. I am a very character driven person. I can read a book with absolutely no plot and I can still adore it if I love the characters (A Court of Frost and Starlight by Sarah J. Maas is a good example of this). While I do really like the characters in this series, it seems like they often take a backseat to the plot. There was really no development between Willa and her boys at all during this book. The “pact” that the boys made in the first book is still in full effect and I’m getting tired of it. I read the RH genre for the character relationships and the romance, not for the action/adventure plots. I have plenty of fantasy books on my TBR if I was looking for that.
I don’t know if I will be continuing this series or not. I am really turned off to it right now. Time will tell, I guess.