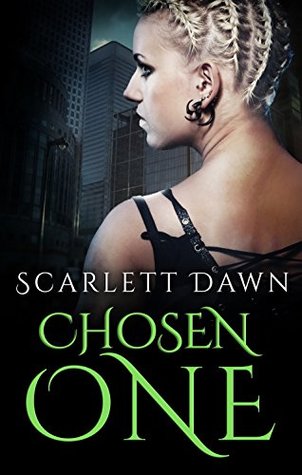 When Philip Masterson sends Caro back in time, he doesn’t expect to set off a series of events that will see her return stronger and more powerful than ever before. But her time spent with the Prodigies, Kings, and Elders in the nineties has long-reaching consequences that no one could have foreseen, consequences that increase tensions between the Mystical leadership when peace is needed.

SPOILERS THROUGHOUT:
I loved this book. It was fast paced and constantly had my attention. It gave me all of the feels and I was constantly going into fan-girl mode while reading it. I didn’t want to put it down! Let me start out by saying that I went into this book thinking it was the final installment for Caro’s character. I had no idea that this wasn’t the last book for her so everything I thought was going to happen didn’t. I probably should have looked up if this was the last one after the first few chapters but I didn’t which is totally my fault.
I liked Caro. I love her character arc from the first book to now. I love her snark and her overall attitude. She is badass when she needs to be but she still has that softer side. I like that she can take care of herself and can fight her own battles. I was really proud of her in this book because her life went through a lot of ups and downs but she still pulled through and continued to persevere. She didn’t let personal betrayals get in the way of the overall goal which was really hard for her so I admire her greatly for that.
I still don’t know what to make of Caro’s relationship drama. Every time I think she has picked someone to stay with, Scarlett Dawn flips everything and that person has no chance anymore. People I never really gave a shot are now in the running for Caro’s heart.
At this point, I am kind of pulling for Cain even though their relationship is rocky at best. I enjoy the dynamic between Cain and Caro. I don’t usually enjoy love/hate relationships but they are unique and I actually enjoy it. About halfway through the book, I thought that Cain was definitely going to be end game but after that final scene, I really don’t know. Every time I think that Sin and Caro are just friends, he goes and pulls something like he did in the final scene.
Honorable Mention: I really liked Caro’s friendships with Elder Fergus, Elder Venclaire, Elder Nelson, and Elder Kincaid in the nineties. I loved how Caro finally found people she could bond with besides Sin. I thought it was hilarious how protective they all were of her and I liked getting to see all of them when they were the Prodigies. I only wish we would have gotten to see more of them before Caro had to go back to 2035.
Overall, I loved this installment in the series and I am dying to read the next book. This book ended with so many questions unanswered and I just need to know what happens next. I have no doubt that Scarlett Dawn will write a phenomenal ending for Caro’s story and I can’t wait!