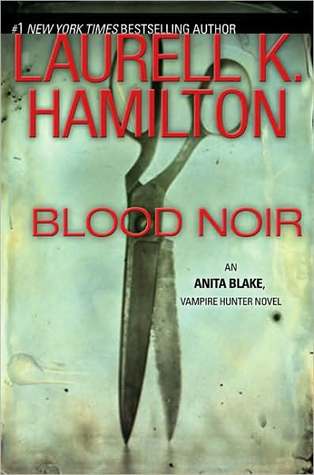 A favor for Jason, vampire hunter Anita Blake’s werewolf lover, puts her in the center of a fullblown scandal that threatens master-vampire Jean- Claude’s reign, and makes her a pawn in an ancient vampire queen’s new rise to power.

“Before I knew you, I thought brave was not being afraid. You’ve taught me that bravery is being terrified and doing it anyway.”

MINOR SPOILERS THROUGHOUT:
I liked this installment in the Anita Blake series. There were parts of it that I really enjoyed, such as seeing Anita and Jason grow closer, but there were also parts that I found extremely annoying, such as the whole Richard part towards the end of the book.
Jason and Anita have always had an interesting relationship to me. They love each other, but they are both fine with being with other people and they both accept that they are not each other’s one and only. They are both fine with hooking up every now and then but they would also be perfectly fine with not sleeping with each other at all. And in some ways, Jason and Anita understand each other better than any of Anita’s other men ever will. I felt like this book developed their relationship a lot more and Jason and Anita are closer than ever. Watching them together was my favorite part of this book.
As far as the negatives go, I don’t really know what to say. At this point, I have read enough of this series to not expect to be blown away while reading it. I go into each one of the Anita Blake books for the relationship drama and I don’t really expect to enjoy anything else. I am perfectly fine with that, but I can definitely see why other people would not be.
SIDE NOTE: I am extremely curious where Laurell K. Hamilton is going with this tiger shifter plot line.
Overall, I did enjoy this installment. I missed Micah, Nathaniel, and Jean Claude which is the main reason I didn’t like this book as much as the other installments. I will be reading the next book, Skin Trade.