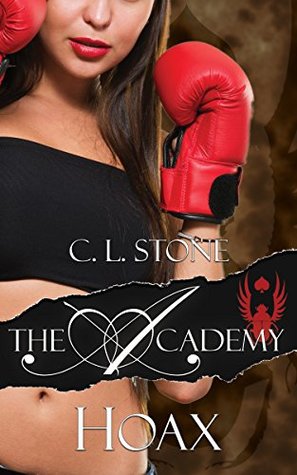 Someone tried to kill Kayli Winchester. That someone is going to pay.

After going overboard and nearly drowning, Kayli regroups and joins Axel, Corey, Brandon, Marc, and Raven back on board the Lucienda. This time, she’s brought reinforcements. Liam and Henry join the team in an all-out hunt for a killer. It can’t be too hard; there’s only so many places to hide on a cruise ship. But the number of suspects is climbing.

Tensions are high, and everyone is on alert, but along the way, there’s way too many distractions–very hot distractions. Kayli’s done hiding her feelings. She’s showing her hand, come what may. She’s never held back before she met this team–why start now?

But when one of their team members disappears, all clues point to mutiny. Is the team going to fracture because of her? Did someone throw her overboard because of jealousy?

Kayli refuses to believe it, but she’ll have to provide proof before the murderer finds out she’s still alive and comes back to complete the job.

SPOILERS THROUGHOUT:
I loved this book! It gave me all of the feels and it sucks that I have finally caught up and now I have to wait for the next book to come out. The book was fast paced and constantly had my attention. It picked up right where Accessory left off with Kayli and Blake in the motel with Liam. It starts off with them waking up to go get back on the boat. I was actually surprised how quickly they got back.
Kayli has grown so much since the first book yet she is still who she has always been. Her personality is the same but she isn’t holding back anymore when it comes to her feelings for the boys. She got everything out and in the open and told them that she couldn’t choose. That takes courage and it made her be more open with her heart and finally realizing that there could be a major consequence for her actions. She also found out about Corey and his feelings, but he still hasn’t got a kiss which I’m kind of mad about.
Also, we found out that Raven is bisexual as well as Corey and he has feelings for both Kayli and Corey. Apparently, he has known about Corey’s feelings for him for a while and he knew that Corey had feelings for Kayli as well. I just want to say that I called it in book 2 when we found out that Corey had a crush on someone but they didn’t say who. I had a feeling it was Raven all along.
I was actually surprised at the boys reactions to finding about each other. None of them seemed to have a problem with it. They didn’t blow up or even act like it really affected them. The only thing they seemed a little mad about was Kayli’s feelings for Blake. I can’t really blame them for that. I am very curious how the Academy is going to take this when they find out. I do know from book 10 of The Ghost Bird, that Kayli goes to Academy Camp with the boys as a possible recruit. At the end, Marc goes into meet with the council to try to convince them to let her on their team. He comes out later and Kayli says “What? I’m out, aren’t I?”. Marc then says, “No. But you’re not going to like it.”. This leads me to believe that the Academy says she can join their team, but she might have to stay away from Blake to do so.
There are so many thoughts and theories going on in my head right now, I can’t think. I just know that it is going to be a long wait until Love’s Cruel Redemption (The Ghost Bird #12) and Tempest (The Scarab Beetle #6). I love C.L. Stone’s writing and I can’t wait to read he next installment!