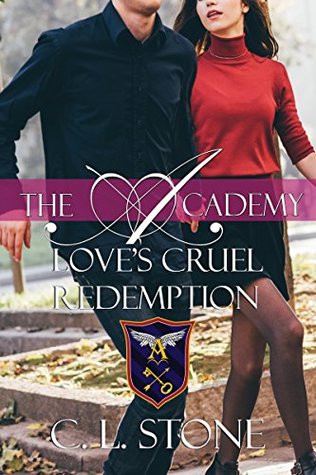 Sang’s life was on pause after the dramatic break with her real family. Now she’s back in the game, returning to Ashley Waters to appear like a normal student. However, returning to school hasn’t made her life any easier. When it comes to the Academy and her role in the secret organization, there’s no such thing as normal.

When Kota’s mother catches Sang and the guys in the complex web of lies they’ve woven, everything starts to unravel: Their relationships, their ties to the Academy. Everything’s under risk of exposure.

Nathan struggles most with his conscience and lying to Erica Lee, the woman who supported him when his own mother was never there, doesn’t seem like the right thing to do. She’s his family and Nathan knows you shouldn’t lie to family. But he also knows the truth could hurt her: It could put Erica in danger. And it could force Kota to make a choice he should never have to: his mother and sister, or his team—his chosen family.

With Ashley Waters High School under attack and the principal now missing, the Academy needs to maintain its cover more than ever. It’s a bad time for Erica to start discovering what the Academy is really all about.

But to protect them all, Nathan’s willing to take the heat. He’ll do it for Sang, as well as Kota, Victor, Silas, Gabriel, Luke, North, and the rest of the team. He may be their only chance at survival.

But Sang, who committed to be all in with her team, isn’t about to let Nathan go down alone.

MAJOR SPOILERS THROUGHOUT:
After months of waiting… the next book in The Ghost Bird series is finally here. I have been waiting for what seems like forever to read this book and I have been counting down the days until its release. Let me start off by saying that I binge read the first eleven books so to wait as long as I did for this one, I built it up a lot in my head and I had a lot of high expectations. So what naturally comes with having these high expectations, is disappointment.
I had read the teaser chapters months ago and I was really excited to read this book. I was scared, confused, and extremely worried after reading the teaser and I think that is what made me so eager to read this installment. I was desperate to know what the “two fights” were about and what caused Nathan to feel like he screwed up so badly. I was really concerned about that standing of the group and I was scared that they were going to break apart.
I don’t know what I disliked about this book, I just know that it didn’t live up to my expectations. I think that what turned me off the most was the fact that it was Nathan’s book. I like him the least out of the boys and I just didn’t enjoy getting a second book for him (especially considering that Mr. Blackbourne hasn’t even gotten one book yet). While I didn’t enjoy Nathan’s plot line, I can see why it was necessary. He was struggling the most with the idea of them all sharing Sang and he needed to come to terms with his feelings about the situation.
What I did not appreciate was how Nathan handled most of the stuff that went down in this book. One of the most annoying plot lines for me is miscommunication and I feel like this book had a lot of it. Nathan created a lot of unnecessary problems because he didn’t talk to his team when he should have. He also didn’t put his trust in them to help him sort through what was happening. The whole ending could have been avoided.
The ~A~ chapter of the book was one of the most exciting things to happen. We finally know who Volto is… or so we think. I don’t know if I necessarily believe that Kota’s mom is Volto. There are just some things about it that don’t add up for me. If Ms. Lee is Volto, someone must be helping her because there is NO way she could do all of this herself. What motive could she possibly have for trying to split Sang from the group but being all supportive to her face? It just doesn’t fit for me. It also begs the question: Is Jessica in on it? I don’t want to think that Jessica is apart of all of this… but I don’t want to believe that Ms. Lee is either. I guess I’ll find out more in the next book.
The teaser chapter for Unsung Requiem was… interesting. It makes me wonder if the next book is going to be Victor’s book two or not. I am also extremely concerned about this Mr. Buble. Sang and the group really don’t need any other adults trying to tell her what to do and the fact that he is Academy worries me. Is part of his job going to be to assess whether Sang should be allowed to stay in their group? Is it part of his job to determine if Sang gets to become apart of the Academy at all? I have no clue what is going to happen in the next book with Mr. Buble… all I know, is that there is no possible way that it can be good.
SIDE NOTE: My absolute favorite part of this book was the scene where Sang wakes up in bed with Mr. Blackbourne. I was squealing so loud when that happened and I was just so happy that something (no matter how small) happened between him and Sang. It was adorable and I enjoyed every second of it. Hopefully, there will be more moments like that in the future between the two of them. A girl can hope.
Overall, I did enjoy this book. There were parts that I really enjoyed and adored. There were also parts that I extremely disliked and that is why I couldn’t give it a higher rating. It doesn’t matter though. At the end of the day, I will be right back here in who knows how many months to read the next one. How could I not?