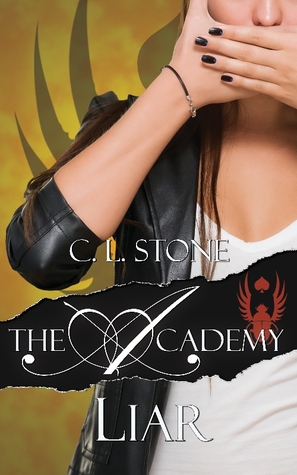 Worse than a thief, is a liar.

Kayli Winchester can finally let go of her thieving past and for once walk on the right side of the law. She’s had enough of the hustle and is determined to become the good girl.

But her brother, Wil, is still missing. On the hunt for him, she discovers something worse than a missing sibling: Marc, Raven, Axel, Corey and Brandon. These aren’t just scoundrels with hearts of gold. They’re flat out criminals. But they’re criminals who need her.

In a ruse to draw them away from her brother and learn more about this so-called Academy, Kayli joins them on a mission to Florida in search of a missing little girl. Kayli will do anything to make sure her brother is safe. She’ll find their leader. She’ll discover their intentions. She’ll infiltrate their ranks. And if they try to threaten her brother or herself, she’ll burn them all.

But when these five hot Academy teammates all contend for her heart, her resistance starts to crumble.

Maybe she wasn’t meant to be the good girl, anyway.

“You’ve got to be the best sort of sweet devil, or one hell of an angel. I haven’t decided which, yet.”