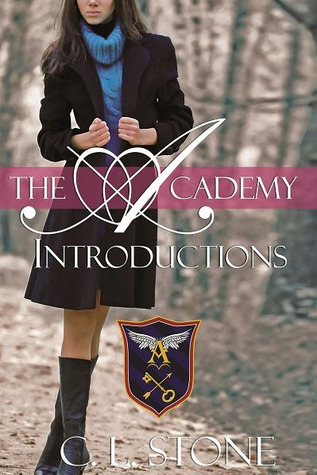 With an agoraphobic mother and a barely-there father, Sang abhors the isolation keeping her in the shadows. The only thing Sang craves is a fresh start and to be accepted as ordinary by her peers, because for her being different meant being cast out alone.

When her family moves to a new school district, Sang infiltrates a group of boys nearly perfect in every way. Grateful for an influence outside of her parents’ negativity, she quickly bonds with the boys, hoping to blend in and learn from them what it means to have a natural relationship with friends.

Only the boys have secrets of their own and they’ll do anything to keep her safe from the knowledge of the mysterious Academy that they’ve sworn allegiance to. Bit by bit, Sang discovers that her friends are far from the normalcy she expected. Will her loyalty change when she’s forced to remain in the dark, or will she accept that she’s traded one house of secrets for another?

Meet Kota, Victor, Silas, Nathan, Gabriel, Luke and North in a story about differences and loyalty, truth and mystery, friendships and heart-throbbing intimacy.

The Academy, ever vigilant.

“Will you stop being cute? Your nose is smudging the window. My god, you’re worse than a puppy.”

I really liked this book. It was a great start and introductory to the series. I can already tell that this series has a lot of potential. Sang is so unique from any female protagonist I have ever read before. She has never been allowed to have a social life so when it comes to the boys, she is constantly questioning little things that the average person wouldn’t even think twice about. It makes reading her perspective very interesting and different. I love the boys so far. Each of them are so different from the others in the group so it is surprising that they are such close friends. I can’t wait to read the next installment.