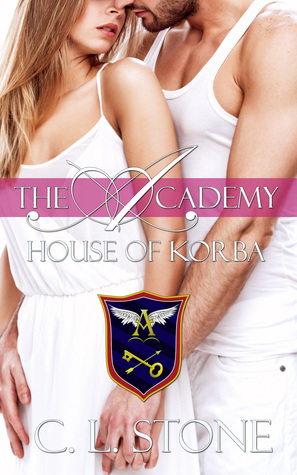 It’s homecoming week at Ashley Waters, but Sang Sorenson has a lot more on her mind than dresses and crowns. Silas’s troubled past—full of secrets he and his team thought they’d buried—comes back to haunt him, threatening to ruin everything.

Silas tries to deal, but guilt weighs heavily on him and Sang realizes she might be the only one who can help him keep it together.

Bomb threats have increased. They are followed at every turn. The principal is resorting to drastic measures to make sure they’re all going to be kicked out. Pushed to their limits, Kota, Victor, Silas, Nathan, Gabriel, Luke and North, along with other members of the Academy, have finally had enough. This time, more Academy members are brought in to help hunt down the culprit, and keep everyone safe. It’ll cost the boys, but in the end, even a bittersweet victory is better than disaster.

This time, they’re getting what they need. All it takes is learning the line of when to let go, and when to never give up

“When is it enough?” he asked. “We’re told to let go of the ones that don’t want help. How long do we try before we step back and let them do what they want? Before it’s hurting everyone else around you to keep that person around?”

I liked this book. While it wasn’t the best one in the series, it was still pretty good. This series has the best flow between books that I have ever read in my life. The stories just pick up after each other and fit to the point where it doesn’t even feel like multiple books but just one long story.

The guys are awesome. Everything you could possibly want in a boyfriend one or more of them has. They are all such good friends that have made a family and how they are making Sang apart of it just warms my heart. I love how C.L. Stone includes moments with all of the boys. Even if the installment is focused on one of them in particular, each of them still get scenes where they shine through. I like how each of them is slowly getting introduced into the idea of sharing and how each of them are having different reactions.

Sang is starting to get more confidence in herself as the stories go on which I am so thankful for. I hope she continues to build confidence and will eventually trust the guys enough to say what she is thinking even if it will make one of them mad.

Nathan’s possessiveness is starting to piss me off but he is starting to come around to the idea of sharing Sang so I can’t complain too bad. I can’t wait to read the next installment!