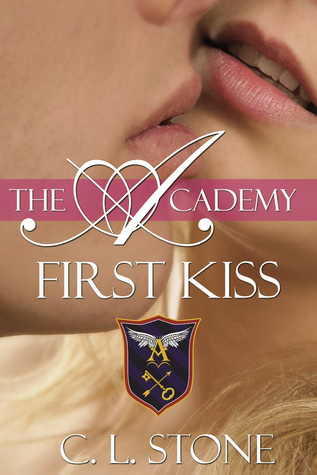 The time has finally come for Sang Sorenson to be formally introduced to the Academy. Protocol dictates the boys keep the details of Sang’s official introduction to the Academy a secret from her. The only thing they can advise her to do is to work on what will become her mantra: She is determined to stay with her team, no matter what.

Despite her wishes, however, the boys are second-guessing her place with them, concerned for her safety. With dangers all around and threats closing in, some of the boys are questioning if this is the right time to bring her to meet the Academy at all.

Sang is challenged with being the brave face among them and instilling the confidence needed to keep her with them. However, in order to appear compliant with the Academy’s rules, she has to be willing to listen and try their suggestions. As the boys have suspected and feared, the council wants to see how she’ll work with a different team. An all-girl team. She has no choice but to go along with the proposal or risk losing a shot at the Academy.

But when the Academy’s inner world is revealed to her, Sang knows that she’s finally found her place—somewhere she belongs—and she sees a future with them. The deeper she gets, the more she sees how she can make a difference. Learning what she is capable of and the impact she can have, she feels obligated to help. There’s so few girls, and they need her.

The guys try to stick to their plan, but every team must pay their debts, and the cost of keeping her might be more than any of them can afford.

It’s up to Sang alone to prove to the Academy where she truly belongs—but can she resist the call of a new team that needs her?

“My head dipped again into his chest, holding him close. I didn’t want him to go anywhere else. I couldn’t stop it from flowing out of my lips. “Not you. Not the guys. I want you to touch me. I always want it. Hugs. Kisses. Anything. It makes me happy.”

SPOILERS THROUGHOUT:
I loved this book! It was the best in the series so far! I didn’t think I would like reading Kota’s book so I was pleasantly surprised to enjoy it as much as I did.

Sang grew on me a little bit more in this installment. She started to really stand up to the guys and starting to express her opinion a little more. She isn’t where I’d want her to be, but hopefully she’ll get there.

Victor grew on me little more as well. I started to really like him at the end of the book. I’ve been waiting for something like that to happen for SOOO long and I wasn’t disappointed when it did.

I am curious how the books are going to be now that everyone knows about the plan and Sang is officially a part of their team. I’m hoping that it will severely change the dynamic of the plot. The ending killed me! C.L. Stone, why did you have to end it on the cliffhanger?!

Mr. Blackbourne was his usual mysterious and business-like self, but we got to see a little more of his softer side. I want him and Sang to kiss so bad! He is slowly opening up to her more and more, especially during the beginning of this book. I hope there is more of him in the next installment.

Before reading this book, I was on the fence about reading the Scarab Beetle series. I had heard that Sang and Kayli were very different and I was really curious. Kayli and her team are involved in this book which I was happy for because it gave me the opportunity to see if I was interested. After reading the book, I have decided that I would love to read the Scarab Beetle series because I really enjoyed Kayli’s sassy attitude. She was the complete opposite of Sang; confident and always wanting to speak her mind. After finding out that Marc was apart of Kayli’s group I knew I had to read it. I can’t wait to start it. Obviously, I really enjoyed this installment and I can’t wait to read the next one!