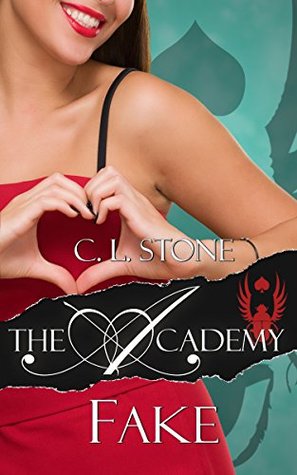 Still on the hunt for her missing brother, Kayli Winchester’s life amid the Academy team comes to an abrupt halt when she and Brandon are kidnapped. Mistaken for his identical twin brother, Brandon’s life is threatened unless he helps a team of criminals hack into a secret underground cellular network and exploit it.

The cunning Kayli makes a daring escape. With Brandon still held prisoner, she turns to the guys to help save him. Despite the team of Axel, Marc, Corey and Raven working tirelessly, this desperate search and rescue mission quickly changes into submission to the kidnappers. If the team doesn’t give the bad guys what they want, someone will die.

It’s unavoidable: they’re going to need to bring in outside help… help that will come at a high price. Saving the guys might require Kayli to do the unthinkable, and may shatter the team forever.

“I am not your doormat to lay out your problems on and then vanish without a word.”

MAJOR SPOILERS THROUGHOUT:
I liked this book. It wasn’t my favorite in the series, but I still enjoyed it. It started out with a bang with Kayli and Brandon getting kidnapped. Kayli escapes and then her, Axel, and Marc start trying to get Brandon back. I was really excited and loved that portion of the book. After that though, the book started going downhill for me.
I lost interested about 40% through and kept hoping it would get better. I felt like the plot kept going in circles and the characters weren’t really getting anywhere. From about 40-85% nothing really happened. Every time they got close to fixing the problem, another one would pop up. I just got very frustrated.
Once again, Kayli couldn’t think of anyone to help so guess who she called… BLAKE?! I really don’t like Blake. I feel like if the circumstances where different I would, but at this point, he is only driving a wedge between Kayli and the boys and I don’t like it one bit. Dr. Roberts mentioned at the end of the book that Kayli was being suspected of leaking information to Blake, which she has done, and Dr. Roberts told Brandon that she would have to make a choice between letting go of Blake or being kept at a distance from the team. THIS is exactly what I have been worried about. Kayli’s inability to stay away from Blake is jeopardizing her relationship with the boys. This is a nightmare! Kayli needs to let go of him and get over it. She already has five at home that she can’t sort out her feelings for; she doesn’t need another.(Though Sang does it and she has nine.)
Another problem, Kayli promised Blake she would work for him for two weeks away from the boys which worries me. If I have to read 100 pages of her and Blake flirting I’m going to be sick. Please C.L. Stone, don’t allow this to happen?! Make some emergency happen where she doesn’t go with him or just don’t make me read it. I can’t watch Kayli’s relationship with the boys go down the drain.
Kayli is also got closer to Axel, Raven, Marc, and Brandon during this book. Some of them are starting to ask her to confirm her feelings for them while not knowing that she has feelings for the others. Kayli keeps putting it off and putting it off. Eventually, one or more of them are going to walk in on her with one of the others and this is all going to blow up in her face. (Getting the popcorn ready now.) She needs to act like an adult by sitting them all down, and telling them each the situation. If they can’t understand and walk away, that’s on them. This back and forth is killing me!
Corey still hasn’t told Kayli his feelings. I really want him just tell her already because even though she thinks he’s gay, she has a massive crush on him. When she does know, she can get all the information and she’ll have five guys to psycho-analyze her feelings over. I can’t wait. She has no idea the situation she has gotten herself into.
Overall, this book wasn’t C.L. Stone’s best but I still love the series and will continue to read it. I can’t wait for the next installment!