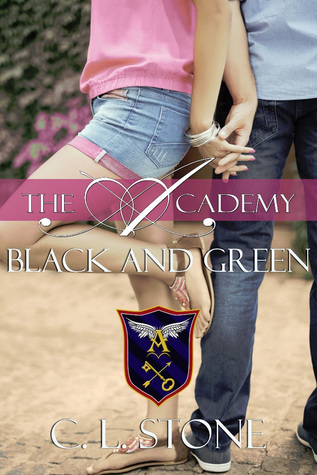 Sang Sorenson’s father abandoned her and her sister, leaving them to fend for themselves for months. He’s returned, and finds Sang is missing. He demands she return. Right now.

Will he call the police if she doesn’t?

Her Academy team doesn’t want to risk losing her ghost status and she doesn’t want to put them in danger, so she reluctantly returns home, but is comforted that she will still be monitored by them.

But the second she opens the door, she discovers her father has made changes that will affect her entire future. His decisions will make them a normal family.

Normal is no longer what Sang wants. It would kill her Academy career before it ever started. Not to mention it would end the special, new, and still-fragile relationships with the guys.

Sang struggles with her family, her identity, and where she truly belongs. Now that the entire team knows about their romantic relationships with her, tensions are mounting, tearing the team apart from the inside.

Only, Dr. Green isn’t going to lie down and roll over by playing by the rules. Not anymore. Not while Sang is at risk.

His heart can’t take leaving her in that house one more minute. He needs her. They all do.

The Academy: Worth Risking All

SPOILERS THROUGHOUT:
I really loved this book! It gave me so much more than I was expecting and blew me away! The book starts off where First Kiss ended, but instead of being in Sang’s point of view, it was in Dr. Green’s. I loved having the dual point of views and I hope for more of those in the future. It was interesting to be outside of Sang’s head for once and be in one of the guys. It gave me a different perspective on their situation and gave me a deeper look into Dr. Green’s life. I was so thankful for that. If only C.L. Stone would give us some chapters in Mr. Blackbourne’s point of view. (Crossing my fingers now that in the next book there will be.)

I was a little more frustrated with Sang and the boys then usual. Sang was stuck in her old house with limited options and I felt like only a few of them were willing to risk everything to get her out. I just wished more of them would have been as desperate as some of the others.

I loved the end when Dr. Green finally put his foot down and told Mr. Blackbourne that he needed to look at the situation differently and figure out a different way to help Sang. It felt good to see someone speak back a little.

There was a lot more sexual tension in this installment. The boys aren’t holding back as much as they did in previous books and things quickly escalated. Sang was also accepting their affection more causing some awkward situations when another walked in. I don’t know how much longer they are going to be able to keep their “relationship” a secret from parents and other people involved in their lives if they continue to act this way. (Not that I’m complaining.)

The ~A~ section at the end of the book was so adorable and it is my favorite up to date. I want to see more of the guys writing to Sang about their feelings and any concerns they may have.

Now that I’ve finished this book, I have officially caught up with everyone else and I have to wait for the next book to come out for the first time. Not excited about that. Hopefully, time will fly by and I will have my babies back. During this waiting that I’m about to do, I will be reading the Scarab Beetle series. I’m hoping that maybe my babies will show up in there and it will make the wait more bearable. Counting down the minutes until Love’s Cruel Redemption comes out.

*TIP: There is a sneak peak of Love’s Cruel Redemption in the back of Black and Green if you buy the Kindle version on Amazon…*