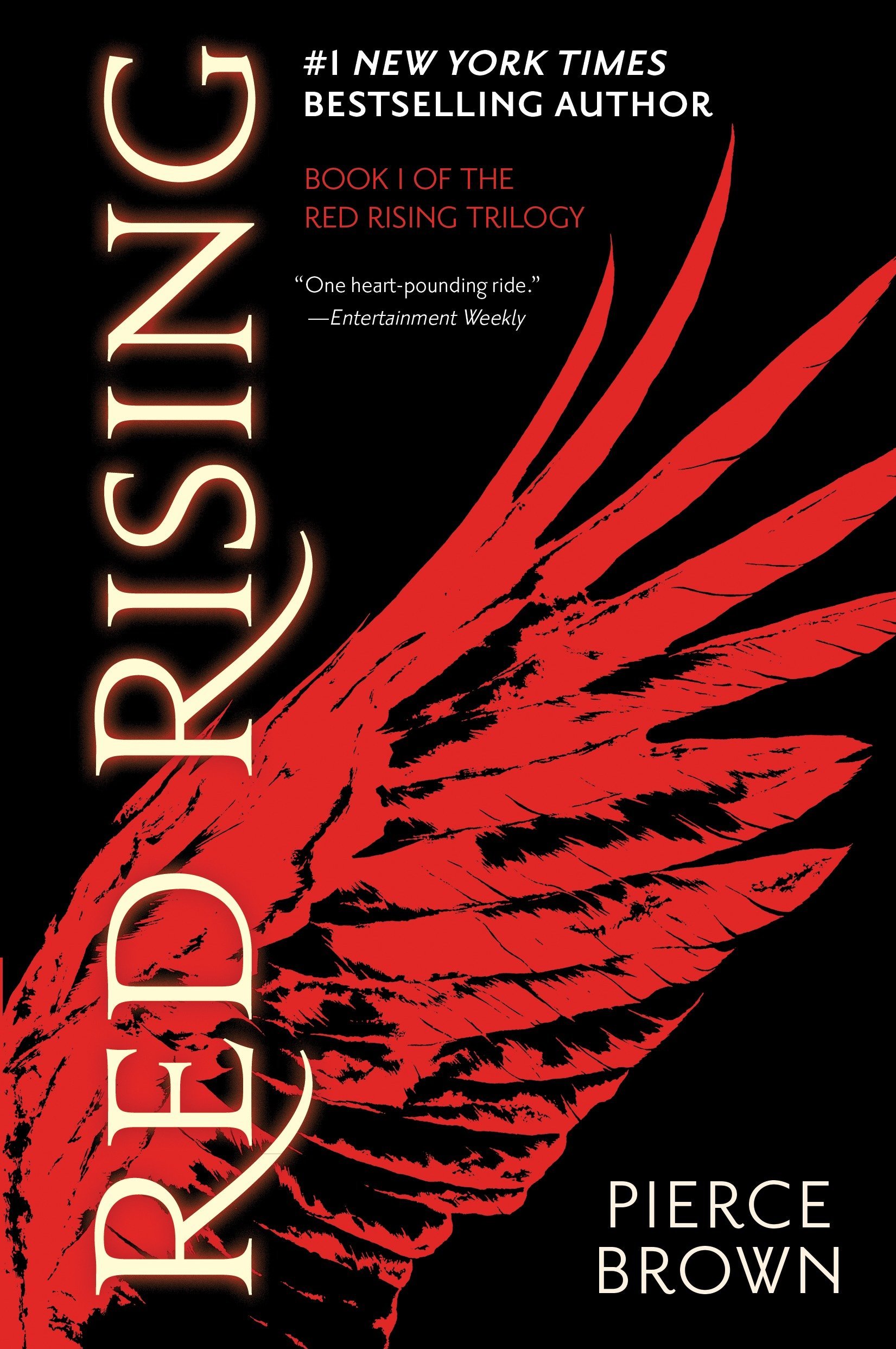 “I live for the dream that my children will be born free,” she says. “That they will be what they like. That they will own the land their father gave them.”

Eo kisses my cheek. “Then you must live for more.”

Darrow is a Red, a member of the lowest caste in the color-coded society of the future. Like his fellow Reds, he works all day, believing that he and his people are making the surface of Mars livable for future generations.

Yet he spends his life willingly, knowing that his blood and sweat will one day result in a better world for his children.

But Darrow and his kind have been betrayed. Soon he discovers that humanity already reached the surface generations ago. Vast cities and sprawling parks spread across the planet. Darrow—and Reds like him—are nothing more than slaves to a decadent ruling class.

Inspired by a longing for justice, and driven by the memory of lost love, Darrow sacrifices everything to infiltrate the legendary Institute, a proving ground for the dominant Gold caste, where the next generation of humanity’s overlords struggle for power. He will be forced to compete for his life and the very future of civilization against the best and most brutal of Society’s ruling class. There, he will stop at nothing to bring down his enemies… even if it means he has to become one of them to do so.

MAJOR SPOILERS THROUGHOUT:
I LOVED THIS BOOK! It was fast paced, had plenty of action, intrigue, and was just flat out brilliantly developed. People have been telling me to read this series for a long time and I kept putting it off because sci-fi really isn’t my thing. I finally decided to give this series a shot and I am so glad I did! In fact, I want to kick myself for no listening to people and starting it sooner.
Darrow is awesome and so bloodydamn brilliant! I have to admit that I was a little hesitant of him being able to infiltrate the Golds because of his attitude, but I was so wrong. Darrow constantly surprised me, not only with this brilliance with strategy, but with his control. There is no way I would have been able to hold it together and succeed like he did. I felt like Darrow had such a disadvantage and every time he got a little farther in the game, something always set him back. I can’t even begin to describe how proud I was of him for not giving up and persevering through it all.
I wish I could go into all of my thoughts on the side characters but if I did, I would be sitting here all day writing. Because of this, I will only touch on the big side characters:
Mustang… I love her! She is so strong and her loyalty to Darrow is jaw dropping. I will admit that I thought that she would betray him to her brother, but when she didn’t, I knew that she will be loyal to Darrow for the rest of her life. As for a romantic relationship between her and Darrow, I am all for it. I think they would work well as a couple.
Sevro… I can’t even begin to describe how much I love him! He is so scrappy and his ability to survive no matter his opposition is inspiring. I am so happy that he and Darrow are on the same side because if they weren’t, I don’t know what I would do. Sevro’s loyalty to Darrow is awe-inspiring and him deleting the footage at the end only confirmed what I already knew. Sevro is in it for the long haul with Darrow and I wouldn’t be surprised if Sevro turns his back on the Golds when the Reds rise up.
Pax… I was so sad when he died. I loved him as a character and I just wanted him to survive. I cried when he sacrificed himself for Darrow. That showed how much of a true and loyal friend Pax was. I won’t forget it and I am sure that Darrow will not forget his sacrifice.
Cassius… I don’t like what he did to Darrow, but I can’t really blame him. Darrow did kill his brother and I understand wanting vengeance for that. But at the same time, I also believe that him and Darrow are even now and anything he does after this book will be unjustified.
Overall, I really enjoyed this book. It opened my eyes to not only the genre of sci-fi, but the benefits of male authors as well. I have never read a male author that I liked and now I can officially say that Pierce Brown has changed my mind. He is the first male author that I enjoy and I hope that my opinion will change on other male authors as well. Of course, I will be continuing the series with the next book, Golden Son.